8 Motorcycle Safety Tips to Keep You On the Road

While cruising on your bike offers a sense of freedom like no other, it also comes with responsibility. Riding a motorcycle leaves you more vulnerable to road hazards, and, because motorcycles are smaller, drivers in larger vehicles may not see them. These seven motorcycle safety tips can help ensure every ride ends with a safe arrival home!

Motorcycle Facts and Safety Tips for the Summer

Summer is a time to be carefree and enjoy the great outdoors. From beach days to road trips, everyone is out on the roads trying to get from point A to point B safely. With more people traveling, road safety becomes that much more important during these summer months, especially for motorcycles. Already at a disadvantage due to the size and weight comparison between a standard motorcycle and car, drivers and riders must remember to be vigilant on the roads this summer.

Why You Need Motorcycle Insurance

If you ride, then you know the freedom of an open road. The euphoria of cruising down a highway on a bike is a feeling that simply can’t be replicated in a car. Motorcycle insurance is imperative to ensuring that the joys of riding stays alive.

The weather is warming up and bikers are starting to hit the road; Motorcycle Safety Awareness Month is rapidly approaching.

A traffic accident occurring Monday morning has left a motorcyclist in critical condition.

The accident occurred in front of UF Health Shands around 11:45 am. According to officials at the Gainesville Police Department (GPD), the crash involved one motorcycle and one car.

Defensive driving is important not only for automobile drivers, but also for motorcycle riders, as Gainesville drivers learned on Wednesday, March 16.

On the afternoon of March 16th, a man, later to be identified as Eric Michael McManus, 32, was travelling eastbound on his motorcycle on Northeast 23rd Avenue when the driver of a Cadillac, facing North on Second Street, tried to turn left onto 23rd Avenue, directly into McManus’s path.

We have many motorcycle riders and enthusiasts in our community. It is a fun, as well as economical, way to get around. I urge all motorcyclists to practice safe and cautious driving, and I especially urge all other motorists on the road to look twice for motorcyclists before changing lanes, turning, backing up, etc. Recently, a helmeted motorcyclist was struck by a pick up truck being driven by a 17 year old attempting a left turn onto County Road 342 in Bell, Florida when his vehicle struck the motorcycle. The impact was so forceful it made the pick up truck rotate clockwise.  Although the motorcyclist was reported to be in critical condition, the fact that he was wearing a helmet saved him from a more serious, or possibly even a fatal injury.

Back to School Scooter Safety 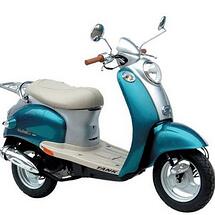 Class is back in session, and busy students have places to be.  Scooters are a convenient and economical way to travel around campus or around town due to their excellent gas mileage and small profile. This diminutive size makes practicing good scooter safety habits all the more important.
END_OF_DOCUMENT_TOKEN_TO_BE_REPLACED
0 Comments Click here to read/write comments

Last Saturday Live Oak resident, Charles Holt, died from injuries he sustained in a motorcycle accident.  Holt, age 63, was participating in a charity event for The Lupus Foundation when he lost control of his 1982 Harley Davidson motorcycle.  Holt was not wearing a helmet.

It is always important to be very conscientious when driving in inclement weather. An issue that may ordinarily be small can cause a big disaster. Good driving habits in harsh weather are necessary to avoidaccidents for short or long trips. Whether you're a driver of a motorcycle, big rig or anything in between, reviewing safety information is a good idea for drivers of all ages. Inclement weather should not be taken lightly.