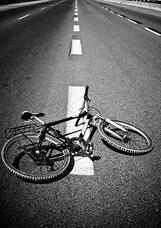 Last Saturday night, around 10:00 p.m. a drunk driver struck and injured a bicyclist who has been identified as Ali Lauren Brody, 21, of Gainesville.   Ali was riding her bicycle on West University Avenue when Kirtley Stephen Davis, 21,  slammed into her.  Davis then fled the scene of the accident and turned onto Southwest 13th Street where he struck a vehicle stopped for a traffic light at Museum Road.  Davis’ blood alcohol level was between .308 and .313 which is almost four times the legal limit in Florida.  Davis was arrested and charged with misdemeanor DUI, DUI with serious bodily injury and failure to stop or remain at a crash involving injury which is a third degree felony in the State of Florida.

According to The Gainesville Sun, Ali’s friends have stated that her injuries are more severe than initially reported, and include a skull fracture, broken ribs, a compression fracture in her spine and bruising.

Unfortunately Ali’s story is all too common.  According to the organization, Mothers Against Drunk Driving (MADD), a person is injured in an accident involving a drunk driver every 90 seconds and drunk drivers are responsible for one-third of all traffic related fatalities state wide and nationwide. Although the number of DUI traffic related injuries and fatalities has decreased since MADD began, they have still accounted for an average of 12,000 deaths per year nationwide.

Since Gainesville is a college town we are at a higher risk for DUI traffic related accidents since, over the years, the highest rate of drunk drivers has consistently been young adults between the ages of 21 and 24.

At Steven A. Bagen & Associates we have handled thousands of cases against DUI drivers.  If you or someone you know has been injured in a DUI related car accident, call our office at (352) 377-9000 or email us at SABOFFICE@BAGENLAW.COM.