Largest Surge in Traffic Fatalities in 50 Years Attributed to Apps 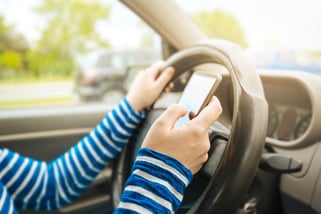 The last 40 years have seen a decline in highway fatalities. Unfortunately, 2015 saw the largest annual percentage jump over any year in the last 50, and, thus far, 2016 has been even worse. In the first six months of 2016, highway deaths increased by over 10% from a comparable period in 2015.

What is the reason for this surge in traffic-related deaths? Many are pointing the finger at new technology and gadgets that smoothly integrate with cars. Over a decade ago, when distracted driving started becoming a prominent issue, the solution was to introduce technology that left drivers able to keep their hands on the wheel. Now, advancements in technology, such as in-car Wi-Fi, voice recognition, Bluetooth, and new apps, have contributed to an exponential increase in internet use in cars that many agree has led to the spike in highway fatalities.

Distracted driving hasn’t been on the nation’s radar for very long, meaning that there is not yet enough data to prove that the spike is undeniably attributed to app usage among distracted drivers. While there are not yet sufficient studies to unequivocally prove it, with apps that encourage you to report driving conditions and catch virtual creatures while in motion, many are inclined to believe that mobile usage while driving is the largest contributing factor to the increase.

For example, on October 26th, a collision near Tampa left 5 people dead. One of the teenage passengers was using the popular image messaging app, Snapchat; just before the crash the app clocked the vehicle’s speed at 115 mph.

A major concern is that technology that is meant to compensate for human error is actually lulling drivers into a false sense of security. Auto manufacturers claim that automated driver assistance and tools that allow drivers to use apps and devices hands-free allows them to concentrate on driving, even while interacting with their smartphones. Others argue that dependence on these innovations and increased usage cause errors that never would have occurred had the driver not been interacting with their mobile in the first place.

Some drivers have admitted that during the time, however brief, that they have to look at or touch their phones (for functions that aren’t able to be controlled by voice recognition), they are wholly focused on their devices, and that they don’t clearly remember what’s happening on the road. It is unclear whether the accessibility of these devices and the streamlining of usage for automobile travel has decreased distractions, or simply served to increase in-car usage. 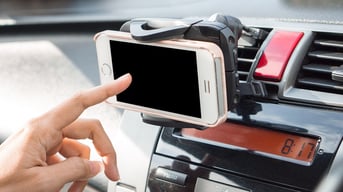 Furthermore, only a small percentage of cars currently on the road are equipped with new technology. Many people retrofit their older model cars with aftermarket accessories in order to get similar functionality as newer cars. Things like aftermarket Bluetooth or auxiliary cord adapters and dashboard mounts for mobile devices reduce the amount of time eyes are removed from the road, but do not eliminate it. For 2-5 seconds, a navigational app may take a driver’s focus from the road, which is long enough to cause some serious damage. A car traveling 40 mph will travel roughly 175 feet in 3 seconds. That’s over half a football field in length.

Safety agency leaders like Mark R. Rosekind, head of the the National Highway Traffic Administration (NHTSA), are laying the blame on easily accessible tech. While the technology may free your hands, that doesn’t mean it clears your brain, Deborah Hersman, president of the National Safety Council, insisted. “It’s the cognitive workload on your brain that’s the problem,” Hersman stated.

The leading cause of fatal accidents is negligence of any form, distracted driving included. At Steven Bagen & Associates, we advise that you stay alert and avoid distractions like smartphones. We also know that even when you drive safely and abstain from distraction, you can’t control the actions of others. If a serious automobile accident occurs, call us at (800) 800-2575 or contact us online; we’ll evaluate your case for free.