Hit-and-Run Accidents on the Rise in Florida

Last year, a hit-and-run accident in Micanopy took teenager Hannah Brown’s life far too early. Her family remembers her as a joyful young woman, always laughing and joking around. Sadly, because the suspect fled the scene of the accident, it took more than a week for police to find and arrest the driver responsible, a man named Brandon Holt. 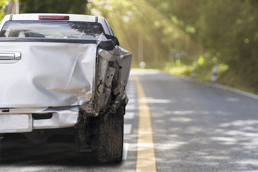 This sort of incident happens all too often. Hit-and-run accidents are on the rise. Frightened or unthinking drivers break the law by fleeing a collision. Many may not even realize they are not at fault, and would face no legal trouble if they would simply stay at the site of the accident.

Hit-and-Run By the Numbers

These accidents can vary wildly in scope. While some may involve nothing more than a dented fender, others include traffic fatalities such as struck pedestrians or serious accidents that take the life of either the driver or their passengers.

The legal consequences for drivers who commit hit-and-runs vary depending on whether the accident involves property damage, or injury or death. If only property was damaged, they are charged with a second degree misdemeanor. If a driver commits a hit-and-run where someone is injured, it counts a second or third degree felony. The driver will face up to five years in prison and a $5,000 fine and their driver's license will be revoked for at least three years. If someone is killed as the result of a hit-and-run, the penalties are stricter still: If convicted of a fatal hit-and-run, which is a first-degree felony, Florida statute mandates that a driver will receive a mandatory minimum sentence of four years in prison, with a maximum of 30 years and a $10,000 fine. Their license will also be revoked for three years or more.

No matter the severity of the accident, it is important to remain at the scene.

What to Do in Case of a Hit-and-Run

If you are involved in a hit-and-run accident, or you witness one, it is important to report everything you have seen to the police. Even small details can lead to big breaks in any case, and can help law enforcement officials locate anyone who left the scene of the accident, as well as provide closure for grieving families. The most minute details, tiny chips of vehicle paint for example, can tell an important story, such as the make and model of a car, for example. Many cases are solved based on these seemingly insignificant details.

Report any accident in which the driver fled the scene to the police. Remain at the scene yourself, and do your best to create an accurate record of the scene. Take pictures on your phone, and write down any details you remember about the other driver, their vehicle, and what happened during the incident. Report the accident to your insurance.

Especially in the case of a hit-and-run accident, it is important to gather information from any witnesses around. They may be willing to provide you with contact information or stay to talk to the police. Witnesses can be very important when attempting to help the law catch up to a hit-and-run driver. Be certain to have a doctor look at any injuries you have sustained! Your health is important, and it creates an official record for later use.

Steven A. Bagen & Associates Will Stand By You

When the police locate the hit-and-run driver who caused your accident, you will want a personal injury attorney with experience and compassion to help. Contact Steven A. Bagen & Associates for more information on what we can do to ensure you receive the compensation you deserve!