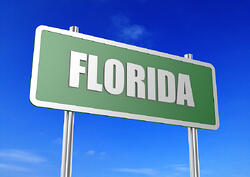 As we drive up and down I-75 on our daily commutes, we see far too many accidents happening. Unfortunately, many of those accidents are ending in fatalities. In 2010, Florida’s stretch of the national interstate was voted as the 15th deadliest highway in the country. Gainesville and other central Florida drivers have been demanding for modifications to be made to I-75 and sadly, it has taken a countless amount of accident victims to really steer attention towards the issue. The imperative question on the minds of all of Florida’s I-75 drivers is … what is being done to solve the problems with I-75?

Facts about Florida’s I-75

In January 2012, one of the deadliest accidents in Florida’s history took place on an area of I-75 called Paynes Prairie, located south of Gainesville. Fog mixed with smoke from a nearby fire forced FDOT to shut down the highway for a brief time period. Once reports were made that visibility had cleared, the highway was reopened. However, drivers were still experiencing limited to no visibility. About 30 minutes after FDOT ordered for the highway to be reopened, drivers were caught in a massive 25 car pileup. The accident killed 11 people and hospitalized 18.

Once the fog cleared the next day, emergency responders were able to see cars crushed by semi-trucks and vehicles burned down to their skeletons. After this awful, easily preventable accident occurred, Floridians started demanding for FDOT to do something about this dangerous stretch of the interstate.

Future Plans for I-75

As a direct result of the accident from 2012, thermal cameras are set to be installed in the Paynes Prairie area. Twelve thermal imaging cameras will be placed every mile between Gainesville and Marion County lines. These heat-based cameras generate imaging even in poor driving conditions and will be monitored by traffic managers.

In addition to the thermal cameras, eight sensors will be installed in the problematic area to monitor visibility. The project which is set to be completed in early 2015 will cost $2 million. Once the cameras are installed in Paynes Prairie, the FDOT will look into implementing the project in an area of I-4.

Although it is not in the works yet, state highway officials predict I-75 will need 16 lanes going through Gainesville by 2035 due to the constant increase in traffic. Much of this traffic is being attributed to the University of Florida’s game day traffic.

The I-75 Challenge Campaign

The Florida Highway Patrol is partnering with Michigan, Ohio, Kentucky, Tennessee and Georgia in the I-75 Challenge Campaign. The goal of the campaign is to reduce traffic fatalities by 15 percent this year. Highway patrol has targeted on particular issues that seem to be the cause of many of these fatal accidents. There will be four enforcement periods in which there will be increased visibility of law enforcement on the highway stretching through the six states. Law enforcement has forewarned that they will be showing offenders zero tolerance during these implementation periods.

In an effort made by the FDOT to make other areas of I-75 less accident-prone, many construction projects are in the works or have been recently completed. Many of these projects involve the widening of the interstate. These are a few of the prominent interstate renovations.

If you are ever involved in an automobile or motorcycle accident on I-75, our attorneys can help. With over 30 years of experience, we have fought for a countless amount of accident victims and we are well-equipped to assist you, too. Contact us today for a free case evaluation.