Social Media – The Smoking Gun in the Personal Injury Lawsuits 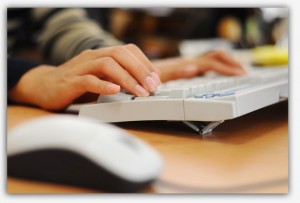 Technology has undoubtedly changed the world we live in. If you want to communicate with your friends as to your day or your plans that night, you more often than not use a social networking site as means of getting the word out. However, your social networking of choice could also be your biggest obstruction when you decide to pursue a personal injury claim.

When you are putting together a personal injury claim, it’s important to understand that anything private can be made public easily. The defense will stop at nothing to tear down your case. Oftentimes, you can expect to have different parts of your life presented in a court of law that you thought were behind you or were guarded by privacy settings. In recent years, courts have considered whether the information and photographs posted on websites like Facebook must be disclosed. In many situations, the injured party may be obligated to provide the contents of their Facebook account, including those sections that are categorized as private.

Here are a few tips to ensure that your social media profile stays out of your personal injury case.

From jury selection to settlements, social media is playing an intricate role in how cases all over the Nation are being developed.  Although some courts are attempting to ban social media from entering the courts, it is impossible at the rate that social networks are growing.

Rachel Wade vs. the State of Florida

Rachel Wade is serving a 27-year prison sentence for the murder of her romantic rival, Sarah Ludemann. The two were fighting over Joshua Camacho, a 19-year-old, who was dating both girls at the same time. Wade, who was 19 years old at the time, blames social media for her conviction.  Rachel Wade used the social networking website MySpace to threaten Ludemann. Her threats toward Ludemann may have inevitably resulted in her guilty conviction.

According to Rachel Wade’s attorney, Jay Herbert, "There was an incubation period in which the case percolated and verbal and malicious threats went back and forth both ways between the two girls," Hebert told AOL News.  "The entire relationship played out in either a MySpace forum or instant communication back and forth, and that just led to a [much] heightened, very volatile [situation]."

It took a jury less than three hours to convict Wade of murdering Ludemann.

Social Media in Other Trials

Here are some other documented examples of how social media usage has played a part in recent court proceedings:

It is scary but true, anything you post online can be used against you in a court of law. If you’re a plaintiff in a personal injury case, speak to a lawyer today about what you need to do to protect your privacy and ensure you receive the most unbiased case possible.